this expanded edition of nirvana’s faultless 1989 debut album includes a never-before-released live recording of a complete show at the Pine Street Theatre in Portland, Oregon in February 9th, 1990.

The show features performances of ‘Love Buzz’, ‘About A Girl’ and a cover of The Vaselines’ song ‘Molly’s Lips’ and has been re-mixed from the original tapes by Endino. Originally recorded over three sessions with producer Jack Endino at Seattle’s Reciprocal Recording Studios in December 1988 and January 1989, it was re-mastered in 2009 from the original tapes at Sterling Sound in a session overseen by Endino. Also included is a booklet of candid photos of the band not previously released to the public. 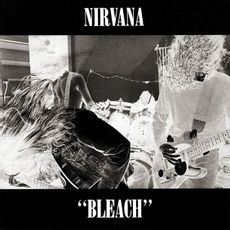