pairing noise and power-electronics, rap and experimental music, the la trio of Jonathan Snipes, William Hutson and Daveed Diggs have created an astonishing afrofuturist, dystopian concept album that (they say) "follows the sole survivor of a slave uprising on an interstellar cargo ship and the onboard computer that falls in love with him".

without doubt this record is one of the most unique and captivating hip-hop albums of 2016. fans of shabazz palaces and theesatisfaction won't be disappointed. "the LA collective embrace an experimentation that major indie labels are often void of, and a sparseness that most experimental hip-hop records are often void of." - 8/10 under the radar 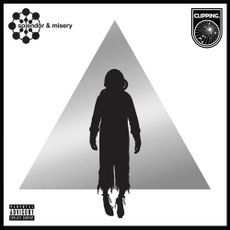