nine enormous tracks, recorded with the 3-D depth of analogue (the ancient synthesizers in Benge’s MemeTune Studios have never sounded so good) but there’s less geek and more funk; more Mod than Modular in the new album's tailored, minimalist design.

Stephen Mallinder’s vocals are a surreal joy, smeared with effects and electronics as they change, chant and shift around the jump-cut lyrics. The opening trio of ‘Alpha Omega’, ‘Stupid’ (Mallinder in a new mutant funk-falsetto) and ‘Clockwork’ (a nod to Kraftwerk who famously name-checked Cabaret Voltaire as ‘brothers in popular electronic music’) sets up White Glue with the crisp crack and thud of sequenced rhythms and lush synthesizers. 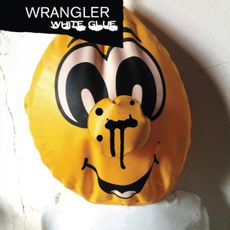