Please Let Me Sleep On Your Tonight


brighton’s own sweet Williams takes some of the bruising post punk of preoccupations and mixes it with brutal no wave clattering and a this heat style experimental art rock attack.

Convened by ex-Charlottefield vocalist and guitarist Thomas House and assembled from a collection of musicians whose other projects, both former and current (including those of House himself), spread like marble veins throughout the strata of the vibrant wealth of the Brighton alternative music scene, Sweet Williams have, since their debut album ‘Bliss’, consolidated a sound which has become ever richer and ever more compelling. Guitars which work at odds with each other at times in aggressive counterpoint opposition, only to then come together as friends in shimmering, lush accord, guitars which hang chords upon the air like velvet valve-mist but which, at any moment, will turn on a penny into sharp, murderous clamour and rage. Atop all this like a watchful hawk, sit the vocals of Thomas House. Sometimes hanging back, sometimes malevolent, always unbowed, forever defiant, they range from the laconic and gently stated through to unbridled, vicious howls. You should grab a hold of this new album, you should grab a hold of it at the first chance you get and whilst you listen to it, whilst it takes root and begins to grow within your heart like an old friend. 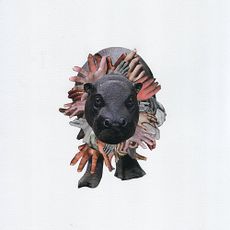