After their 1989 debut album, TAD continued to write and record, releasing a string of singles and the 'Salt Lick' EP between 1989 and 1990.

It features the single ‘Wood Goblins’, the video for which MTV banned because it was, to the delicate eyes of MTV programmers, “too ugly.” The sounds of Salt Lick are, indeed, wonderfully ugly, thanks in part to the involvement of noise-rock technician Steve Albini (Big Black, Shellac, Nirvana, The Jesus Lizard), who recorded the EP. TAD was a mighty force in the late-‘80s/early-‘90s Seattle scene. Their heavy, churning rock/metal/punk buzz was a crucial part of Sub Pop’s early years, and, along with peers like Mudhoney, Nirvana, and Soundgarden, they defined the sound that reinvigorated the rock world in the early ‘90s. With an image that sometimes cast the band as deranged lumberjacks, and influence from Head of David and Killdozer, TAD put a uniquely rain-and-fog-coated Northwest spin on 80s underground rock. This reissue of 'Salt Lick' includes tracks from the “Wood Goblins” single, a split 7” with Pussy Galore, and the “Loser” 7”. This material has been out of print on vinyl/CD for many years. 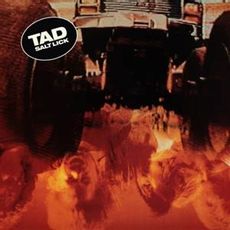