The first ever compilation of CLUSTER has picked by John McEntire (Tortoise / The Sea & Cake) and is a brilliant entry point into the electronic maestro’s ouevre.

Cluster's influenceon the development of electronic music cannot be overstated. The original trio of Conrad Schnitzler, Hans-Joachim Roedelius and Dieter Moebius released two seminal albums as Kluster before Roedelius and Moebius replaced the K with a C and continued as a duo. They produced eight albums in their most innovative period between 1971 and 1981, two of them together with another pioneer of electronic music, Brian Eno. Cluster anticipated much of what would later emerge in such varied styles as industrial, ambient, electro and even synthpop. Some call Cluster's music avant-garde, others Krautrock or Kosmische Musik. Few would dispute their immense influence on the music of younger generations, even though commercial success largely eluded them. 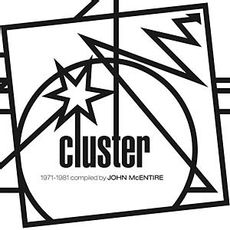