the one constant through Dylan baldi’s ever-evolving indie-rock career is that he has always been completely brimming with hooks - intact on this driving but bummed-out follow up to the pyrotechnics of 2014s ‘here and nowhere else’.

if you’ve followed cloud nothings from the start you’ll be used to this – from the guided by voices-style 2 minute lofi of his early music, through the sunny indie pop of the self-titled album, to the heroic, croaky throated crunch of the albini-produced ‘attack on memory’. This is a driving, more contained and polished set of songs, with that reliable spark still burning, as the best of 80s and 90s alternative guitar music is treated as a playground for baldi’s relentless songwriting muse. riyl the car seat headrest / parquet courts, or pixies / husker du / gbv / dinosaur jr / pavement from the old school. “It’s a chugging, nimble-footed affair, showing a matured and restrained group; no more eight-minute-plus pounding, slashing jams, replaced instead with a sense of clarity and focus, a driving, raw sonic thesis statement.” A- - consequence of sound 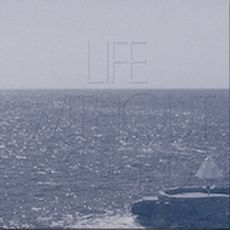