john dwyer’s garagepsychpunk heroes float down to earth on a idyllic cosmic comedown from the thrash and rumble of 2016's adored ‘a weird exits’ opus.

this is a joyous return to those more laid-back nuggets in thee oh sees formidable back catalog, matching the quieter vibes found on ‘castlemania’ and ‘sucks blood’ with the cosmic realms traversed on their recent work. One of the genius things about this band is that music of this scope, textural adventure and jazzy sensibility is always in the locker. cellos, flutes, chiming guitars, improvisation, and – yes – even a few epic fuzz guitar workouts - all come to this after-party of the previous album’s night of debauchery. a one-trick pony these san francisco vets ain’t, this record adding to the suspicion that we might just be in a presence of our generations’ weird garage-punk version of can. “There’s a reason why John Dwyer enjoys a place on the top rung of modern day psychedelia. His reluctance to be confined to one particular sound, his nonchalant attitude towards genre, his increasing influence in leftfield rock and his skill in piecing together rhythm, chaos and calm makes him one of the most captivating artists indie rock has right now” 8.5/10 – the line of best fit 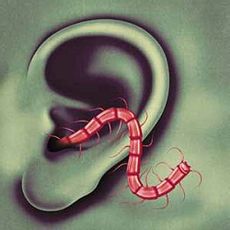