In recent years, Tinariwen’s homeland, a Saharan mountain range between north-eastern Mali & southern Algeria, has been transformed into a conflict zone. while Tinariwen were triumphantly touring, the frontiers around their desert home were closing & forcing them into exile to record their new album. While the songs on the new record evoke those cherished deserts of home, elsewhere in 2 distinctive bursts. in a Moroccan oasis, the band set up their tents to record, accompanied by the local musical youth. “Tinariwen’s call-&-response vocals roll inexorably, entrancingly along. They are still the champions of the genre they created” 4/5 – the guardian 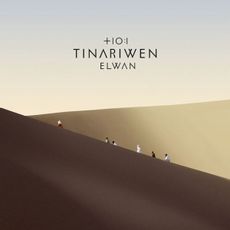