‘wild heart’ includes her classics 'stand back', 'i will run to you' (with tom petty & the heartbreakers), along with fan favourites 'nightbird' and 'if anyone falls'.

also included are new liner notes by craig mclean, with commentary from both nicks and album producer jimmy iovine. “On her second solo album, the Fleetwood Mac chanteuse played to her strengths – and, in keeping with her status as one of the ’80s biggest stars, she sold millions” - ultimate classic rock

*** the cd version includes material not included on the vinyl reissue. the second disc includes an unreleased version of 'all the beautiful worlds', a session version of the title track, 'garbo' (the b-side to ‘stand back’) and 'violet and blue' (from the ‘against all odds’ soundtrack) *** 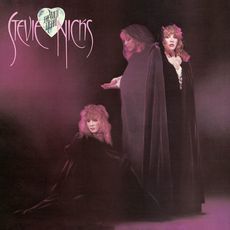