The audio part of this release comprises the very best of the band’s performances from that night in 1979, most of which have never previously been released on CD.

The concert footage on the DVD runs for approximately 90 minutes, with the disc also featuring the 51 minute documentary ‘Prophecies and Messages’, which includes half an hour of interview footage with Bob Marley and the Wailers’ keyboard player, Tyrone Downie. All presented in a handsomely designed 2 disc digipack. 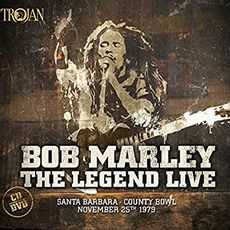