During a UK tour earlier in the year in support of the new album, London imprint Fuzz Club invited the band to spend one of their days off at Lovebuzz Studios, an analogue studio in South London, and record a live session.

the label’s reasoning behind the live session series is to take some of the best names in psych and rock and roll, bring them to a studio and strip things down to their absolute fundamentals - just raw, unkempt rock and roll, recorded straight to tape in one take using totally analogue equipment. There isn’t a better band to kick-start the series than Night Beats, with their white-knuckle R'n'B and soulful psychedelic tendencies making for a truly insatiable performance. “cutting edge garage rock innovators” Louder Than War 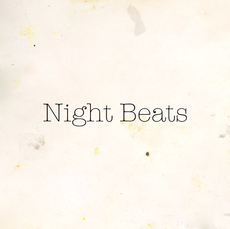