soulful vocals against throbbing, pumping backing make for an album that instantly pushes all the right buttons.

2 years after the release of his celebrated debut album Tremors, SOHN returns with Rennen. In between records, the London-born artist has traded Vienna for the warmth of Los Angeles, but the influence of his former home still lingers (Rennen is the German verb for ‘to run’). Resuming a nocturnal schedule – as he did with Tremors – SOHN spent a month writing alone in northern California, recording until the morning most days. Including singles ‘Signal’ & ‘Conrad’, the 10 songs of Rennen are confidently direct & focused. Consciously exercising restraint, he has used only a handful of musical elements on each track, eager to allow the spotlight to shine on the vocals, melodies & rhythms. rennen is an ambitious exhibition of both his personal & artistic growth in just 2 short years 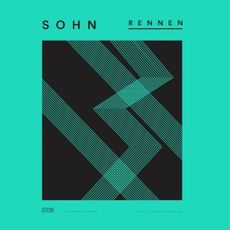