the otherworldly collaboration between Adam Bryanbaum Wiltzie and Dustin O’Halloran emerges from hibernation for their third full-length of austere neo-classical beauty and measured droning minimalism.

Recruited by French director Jalil Lespert to augment his film, the work explores more analogue electronique experiments alongside a large string ensemble, to create something very modern whilst still arrestingly cinematic. “…you wouldn’t necessarily know that it even was a soundtrack if you came to it cold.…working with the demands of director Jalil Lespert has clearly forced the two musicians out of their comfort zones and Iris therefore represents an exciting evolution of the pair’s sound…Iris is that very rare thing: a soundtrack that can make a superb stand-alone listen.” 8/10 – drowned in sound 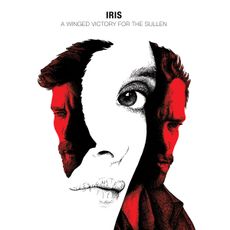