songs of surging, crafted intent evoking wide open spaces make up the oklahoman’s second album, which is likely to find favour with lovers the pastoral American indie sound of bands like midlake, band of horses, and the walkmen.

The record’s unified feel still contains many contrasting elements, sounding both panoramic and nuanced, intimate and anthemic. frontman Cameron Neal’s lyrics range from the confessional to the metaphorical as he surveys the passing of time, on an album that feels like a long train journey spent staring pensively out of the window in contemplative repose. “…feels like their true debut…the production here is clearer and brighter, the songwriting is tighter, the melodies are stronger, and the lyrical themes are less abstract and more personal. In short, Trials more or less achieves the goals the band set with Fear.” 8/10 – the line of best fit 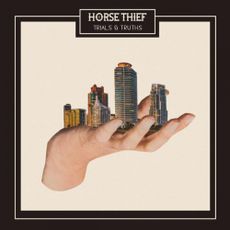