‘epoch’ is the culmination of scott hansen’s trilogy of dreamy electronica and beat-driven post-rock.

This period between previous album ‘Dive’ and this marks a significant maturation of the continually expanding project, one that has taken him from a solo performer and bedroom artist to fronting a live 4-piece band on large stages across the world. ‘Epoch’ hones the sonic aesthetic of ‘Dive’ while drawing upon a kinetic energy whilst it exploring darker themes this time around. Still – the sound is atmospheric and hopeful more than anything else, occupying a similar sonic space to the xx, or a poppier Boards of Canada. “a sparse xx-styled guitar closer like “Field” isn’t necessarily out of left field for Hansen and co., but as a capper for his shortest, sweetest, and most concise album to date, it feels lived-in and considered, inspiring his fans while making everyone else wonder where this newfound confidence is going to propel Tycho next.” 8/10 - popmatters 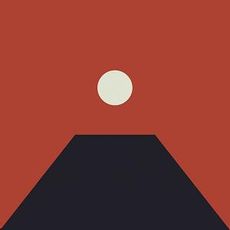