Spiritchaser, Dead Can Dance’s seventh album, came out in 1996 and is the final studio album the band released with 4AD (it was to be another 16 years until they reconvened to make their eighth, Anastasis).

Again recording at Brendan’s Quivvy Church in Ireland and as hinted at by the album’s title, the band had moved their focus away from the traditional medieval and Eastern sound of their middle albums to work with African and Caribbean tribal rhythms. With percussion at the fore, Spiritchaser is mainly just Brendan and Lisa, whose strong singing – like most their career’s work - remains the album’s centrepiece. 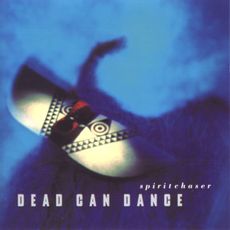