One More Time With Feeling


an astonishing film this, that manages to capture both the despair, humanity, and , at times, humour in the creation of our #1 album of 2016, ‘skeleton tree’.

it’s unbearably tough to watch at times, seeing cave wrestle with the trauma of losing his son, and his reflections of the trauma are unflinchingly personal and, at times, brutally dark. yet the power in the film is the light shining through the cracks; the freedom cave finds in the studio, the wit and wisdom of warren ellis and the support that he provides, and is provided, by his wife, Susie, and his son earl. "Film of The Year" – MOJO; "Extraordinary" - **** Evening Standard; "A deeply personal film" - ***** Time Out; "An undeniably moving contemplation of shattering loss…a tremendously moving collage." - **** The Guardian 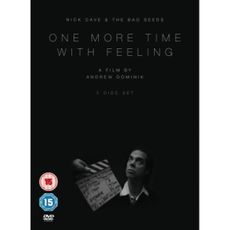