Though their 3rd album was musically distinct from its predecessors, it's mostly because of the use of minor keys that give the music a more ominous sound.

Previously, David Byrne's offbeat observations had been set off by an overtly humorous tone; on 'Fear of Music', he is still odd, but no longer so funny. At the same time, however, the music has become even more compelling. Worked up from jams (though Byrne received sole songwriter's credit), the music is becoming denser & more driving, notably on the album's standout track, 'Life During Wartime', with lyrics that match the music's power. "This ain't no party," declares Byrne, "this ain't no disco, this ain't no fooling around." T 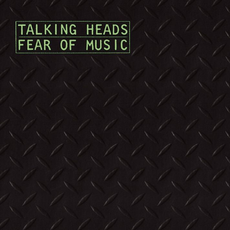