MORE SONGS ABOUT BUILDINGS AND FOOD


Formed in 1975, Talking Heads created some of the most adventurous, original, and danceable music to emerge from New Wave.

Combining elements of punk rock, pop, funk, art rock, avant-garde and world music ensured the band created an individual signature sound allowing them to become one of the most critically acclaimed bands of the '80s. Released in 1978 ‘More Songs About Buildings and Food’ was Talking Heads’ second studio album and the first of three consecutive albums to be co-produced by Brian Eno. In 2003 it was ranked in Rolling Stone magazine’s list of greatest albums of all time. The photomosaic front cover of the album comprises of 529 close-up Polaroid photographs of the band created by artist Jimmy De Sana. 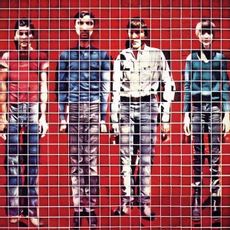