Gnod are back with a live offering of the visceral nihilism and rabid caterwauling that makes them such a contentious force.

this album was Recorded at the prestigious Roadburn Festival 2012 at Patronaat, Tilburg. Fuelled by maverick spirit and fearsome willpower, GNOD have released dozens of full length albums, CD-Rs, cassettes and short run releases, each seemingly materialising from the ether, the band themselves shrouded in mystery. Always thought-provoking and politically oppressive, with a mercurial power and fiery intensity that could come from no-one else, GNOD showcase a selection from the four shows during their residency at Roadburn. 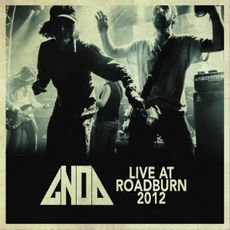