Either Or (expanded edition)


one of the best records ever made, from one of the greatest singer-songwriters to have graced our planet & now it gets the remaster treatment for this 20th anniversary expanded edition.

this beloved album remains his best-selling & now alongside the original tracks (carefully remastered from original tapes under the supervision of Larry Crane), it features a 2nd disc of 5 live multi-track recordings from the 'Yo Yo A Go Go Festival' in Olympia WA in 1997, as well as 3 previously unreleased studio recordings & 1 b-side gem. This gorgeous collection is an absolutely essential listen for long-time fans & newcomers alike - it showcases the full range & breadth of elliott's songwiting & vocal delivery, from the stripped back & lo-fi to the full throttle & brutal. Remains untouchable in its power & glory. "A misunderstood masterpiece" - uncut. 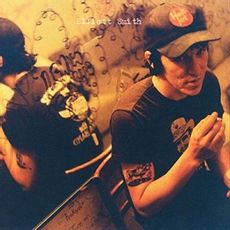