collects all the FM Broadcast recordings made on the US leg of David Bowie’s 1995 ‘Outside’ tour, which featured  nu-industrial superstars Nine Inch Nails as support, with whom bowie co-mingles, mid-concert.

With both artists trailing new, ground-breaking albums and with their similarity of outlook and mutual respect, it was inevitable that a mix of the Bowie/NIN sound would ensue. with each show including full sets from the Dame and his protégés, it was the mid-concert coming together of these two far-reaching acts which “stole the show” night after night. Including concerts recorded at The Riverport Amphitheater, Maryland Heights, St Louis, MO, on 11th October 1995 and at The Shoreline Amphitheater, Mountain View, CA, on 21st October 1995, this set features the very best of one of the most challenging and futuristic tours of the past 30 years. 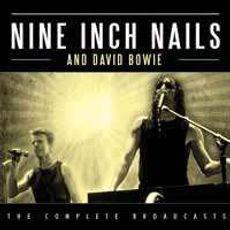