an extraordinarily powerful & eclectic follow-up from the blues / rock ‘n’ roll / soul / punk songwriter – running through its core is an exceptionally soulful vocal with a menacing huskiness.

The title track, one of Booker’s most profound & politically charged song to date, features a guest vocal by Mavis Staples. 'Witness’ is an ambitious record for sure - one that digs deep into his passion for eccentric soul, R&B & blues, while never straying too far from the garage-punk intensity that made his self-titled 2014 debut such a creative breakthrough (we loved it so much it featured in our Top10 albums of the year). Fans of Dan Auerbach, Alabama Shakes & Michael Kiwanuka should dig into this one. 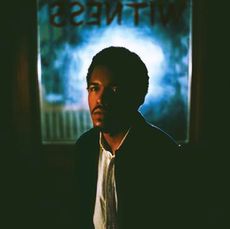