craig’s material, reinforced & magnified by Les Siecles Orchestra, has transformed into a dance-classical fusion that’s as suited to relaxation & reflection as it is  to dancing.

Iconic French conductor François-Xavier Roth is at the helm of the symphony whilst InFiné mainstay Francesco Tristano supports on piano. The re-works reveal the timelessness of ‘At Les’ & ‘Darkness’ through tense yet fragile new arrangements, along with two original compositions by Tristano - ‘Barceloneta Trist’ & ‘The Melody’. ‘Versus’ first took form as a captivating live concert in 2008, featuring this very same line-up. The hedonism of club culture made a rare incursion into the hallowed grounds of more serious traditional music, merging the vocabularies & syntaxes of two genres that seem to be from their own faraway galaxies but actually turned out to be more porous than expected as they collided into one another. 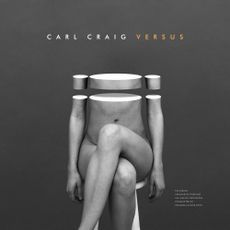