easily her most ambitious album yet, it’s a winding path that showcases her smooth & dreamy vocals, soulful guitarplay that will scratch the itch of early pj Harvey fans.

breaking 6 years of silence since her last album, this reflects on secrets & shame, loneliness & tenderness, care & fatigue & is at its core a study on self-awareness. the album threads her shape-shifting & often haunting vocals into sparse & raw arrangements. ‘Century’ features Jarvis Cocker in addition to reaffirming her as a cagily inventive guitar player. “Even when Pleasure is at its most unhinged, it's always intelligent & warm with a strong sense of its narrative being masterfully controlled […]she's a captivating performer & it may well be her richest statement” 5/5 – the skinny. 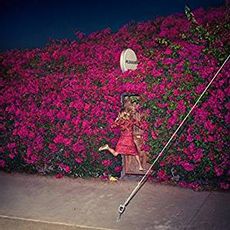