from accidental songwriting sensations to venue-filling hit-machines, the unlikely songwriting duo establish themselves as  the uk pop act to hang your hat on with their insta-smash second album.

their approach as an unabashed singles act has seen their songwriting juices overflow with reliable consistency leading up to this release, proving they are no one-hit (or rather 15-hit) wonders after their debut self-titled sensation. Channelling the best-bits of uk crossover pop from recent times, whether the salubrious male/female duetting of the xx, or cinematic sweep of London grammer, oh wonder are here to stay. “dazzling” – nme, “extraordinary…‘Ultralife’ exposes their huge talent” 9/10 – never enough notes, “a pop universe propelled forward by its own ambition” - clash 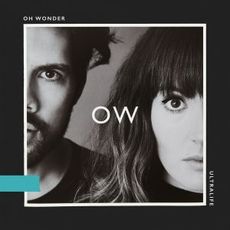