Od Serca Do Duszy originally appeared as a 2CD set joint-released by Lumberton Trading Company and AudioTONG in 2007.

Long out of print, this album documents a professionally recorded live show at Krakow's Loch Ness Club, a venue more often home to alcohol drenched students than the only entry to the contemporary avant-garde using a cement mixer to generate sound. At least as far as we know. Not that rivers of alcohol didn't combine with the exaltations emanating on the night of the performance itself, of course, but they were superfluous. As anybody who has seen Faust live, in their countless different yet always wonderful forms, can testify, they're already such a musical high all other stimulants aren't necessary. Nothing against stimulants in all their weird 'n' wonderful forms, either. Whatever, this remastered reissue once again illuminates the residual experience of a Faust concert in all its expectation-scrunching glory. Comprising the thirteen songs that constituted the original show, this set was produced by founders Jean-herve Peron and Zappi Diermaier, plus Amaury Cambuzat. Together they dovetail perfectly with one of Jhp's mantras during the occasion, "Od serca do duszy". This translates from Polish to, "From heart to soul", which just about covers one of the many facets to Faust's incredible music, torn as it is itself into many shapes yet always at its core firmly defiant and celebratory. 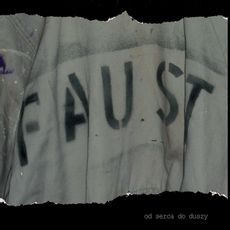