THE REVOLUTION WILL NOT BE TELEVISED (2017 reissue)


this beloved compilation of his most familiar works for the Flying Dutchman label gathers many of our favourites together in one place.

Originally released to capitalise on the success of Scott-Heron’s then-current hit ‘The Bottle’ & his subsequent signing to Arista, this 1974 compilation has since become the definitive distillation of his early work. Contained within the original 11-track selection were the title track, ‘Whitey On The Moon’, ‘Home Is Where The Hatred Is’ plus 8 more. *The expanded CD version offers a more rounded view of Scott-Heron’s work with the addition of 9 tracks among them ‘When You Are Who You Are’, ‘I Think I’ll Call It Morning’ & the original spoken-word version of ‘The Revolution Will Not Be Televised’. By way of a bonus, edited versions of several of his poems are also included.* 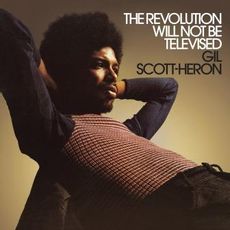