You've Got A Woman / Gonna Hurry (As Slow As I Can)


this brace of covers – the first newly recorded material since their astounding debut album – demonstrates their perfect balance between sun kissed laid back vibes and deceptively complex arrangements that recalls big star at their finest.

‘You’ve Got A Woman’, released on the B-side of Dutch duo Lion’s 1975 psych-pop 7” ‘But I Do’, takes up the first side. “As soon as I heard it, I wished I’d written the vocal melody; it’s so catchy and powerful,” says singing drummer Julien Ehrlich. Whitney’s version is rich, instantaneous and deep in groove. Much like Whitney’s singles ‘No Woman’ and ‘Golden Days’ from last year’s debut, ‘You’ve Got A Woman’ is brushed with longing, nostalgia and serves to slow down time. Unlike Lion, Whitney made it their A-side. Flip the 12” and you’ll find Dolly Parton’s ‘Gonna Hurry (As Slow As I Can)’, a short, tearful love song hewn from piano, brass, guitar and Julien’s falsetto. 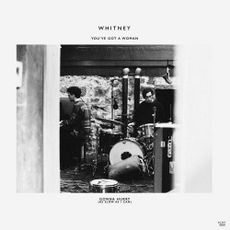