Bright Phoebus, Lal and Mike Waterson’s 1972 folk-noir masterpiece, has long been recognised as one of British music's legendary lost records.

Following the parting of ways of The Watersons and freed from the strictures of folk orthodoxy, Lal and Mike Waterson’s love of words allowed them to serve the needs of their songs in ways that weren’t possible when singing already written songs. Featuring performances from Lal, Mike and Norma Waterson, Martin Carthy, Richard Thompson, Ashley Hutchings, Dave Mattacks, Tim Hart and Maddy Prior, amongst others, the album is now recognised as a forward-thinking benchmark for the genre. Fans include Arcade Fire, Stephen Malkmus, Billy Bragg, Jarvis Cocker, Richard Hawley – the latter two performed the record themselves in 2013 on the ‘Bright Phoebus Revisited’ tour. “one of the most sought-after recordings in the history of the genre… While its dark charms were quelled for years due to licensing agreements and general mismanagement, the songs themselves have only grown in strength, waiting patiently for their inevitable day in the sun, and the well-deserved accolades of the masses” 10/10 - allmusic 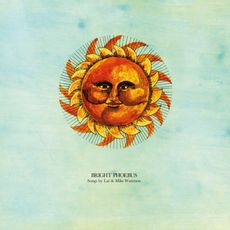