A record of our times – the 4th stunner from Obaro Ejimiwe is thick with unease and anxiety, both lyrically and sonically.

If he delivered the bleak content of his songs with the venom and despair they merit, this would be a much less powerful record. It’s his laconic half-sung, half-spoken monologues and mellow orchestration that really make his idiosyncratic aural assault so impactful. After the erratic beat-driven arrangements of his first two albums, this record (produced by Leo Abrahams) delves further into a fuller, guitar driven sound that he started to explore on 2015’s ‘Shedding Skin’. The remarkably unhurried pace of the album demonstrates a confidence in delivery that so few possess. Album highlights include the brilliantly introspective ‘Woe Is Meee’ where Massive Attack’s Daddy G makes another guest appearance and the almost industrial grind of ‘Immigrant Boogie’, where Obaro may well have carved his finest moment to date.
“Nightmarish, claustrophobic swirls of sound” - The Independent, “A statement of real substance” 4/5 -  Q, “Stunning” 4/5 – Mojo, “Yet another stage in Obaro Ejimiwe’s fascinating evolution” 4/5 -  DIY, “Album of the year” 9/10 – Exposed, “An expertly crafted assault” 4/5 - The Skinny, “Pure musical innovation” 9/10 - Outline 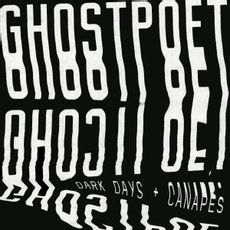