melding the gentle touch of pop production with the ferocious rock bombast for which they’re famed, they’ve created a rich and winding record that flaunts every one of their considerable talents.

Produced by Greg Kurstin (Adele, Sia, Pink) and mixed by Darrel Thorp (Beck, Radiohead), ‘Concrete And Gold’ has been described as “a mix of hard rock extremes and pop sensibilities”. “I wanted it to be the biggest sounding Foo Fighters record ever,” said Grohl. “To make a gigantic rock record but with Greg Kurstin’s sense of melody and arrangement… Motorhead’s version of ‘Sgt. Pepper’… or something like that.” “rarely have the foos sounded this big, or this bold” 4/5 – mojo. 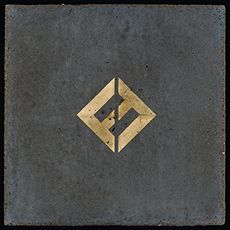