alongside an enthralling cover of prince’s ‘when you were mine’, they transform their 2016 lp’s closing track into a bouncing, sweeping score with a delicious, timeless quality.

Speaking of the new version of the track, Lambchop's Kurt Wagner said: "Sometimes things can get out of control, an impromptu idea is presented and you take that idea to a logical conclusion to see where it goes. In this case Tony Crow [piano] came up with a rather 'Love Unlimited Orchestra' take on the hustle during a rehearsal with Andy Stack [drums, Wye Oak]. It seemed nuts at the time but being rather nuts ourselves I thought we should try recording it and taking it all the way to full realization. Plus it was a great way to capture Andy's tenure with us in the studio”. 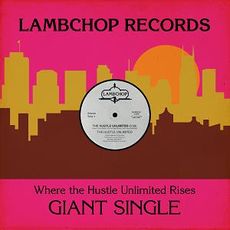