originally released in 1979, this saw them blur the lines between their own early industrial aesthetic & the scores of industrial-dance & dark synth-pop groups they influenced.

this was a break in the clouds from their typically pummelling noise & served as a first glimpse at the continuing pop influence on their axis. ‘hot on the heels of love’, ‘still walking’ & ‘six six sixties’ add only occasional bits of distortion between the rigid sequencer lines, meaning if there is such a thing as a funky tg lp, this could well be it. one of the most politically and sonically antagonistic bands of all time, this is a standout amidst their exceptional body of work. 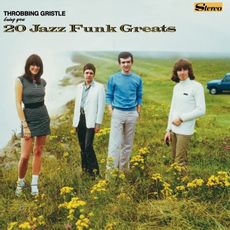