this is a re-recording of her beloved 1992 album to celebrate the 25th anniversary of its release, including re-recordings of 4 previously unreleased songs. Produced by Williams and Tom Overby, it features fresh updated interpretations of songs such as “Prove My Love”, “Sidewalks of the City”, “Memphis Pearl”and “Lines Around Your Eyes”. With her deeply soulful voice and wisdom gained over the last 25 years, Williams breathes new life into classics “Pineola”, “Sweet Old World”, “Something About What Happens When We Talk”, “Little Angel, Little Brother” and Nick Drake’s “Which Will”. Williams and company chose to re-record the four tracks that were not included on the original release. the record features new versions of “Factory Blues”, “Dark Side of Life”, John Anderson’s “Wild and Blue” and the John Leventhal/Jim Lauderdale penned “What You Don’t Know. 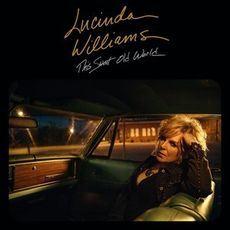