TEN MORE TURNIPS FROM THE TIP


put together from recordings made between 1991 and 2000, with new Blockheads performances added in 2001, and originally released in 2002, this edition has been expanded to include all the lyrics for the first time.

Chaz Jankel, Dury’s principal collaborator, oversaw the project, which features two of the last lyrics that Dury wrote. As he was too ill to record them, the vocals are performed by Chaz and, on “You’re The Why”, by Robbie Williams. 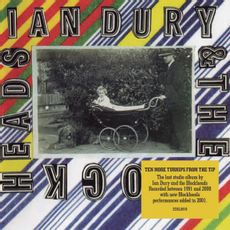