Each song has been lovingly deconstructed and reimagined, resulting in a wholly original piece of art that is a must for existing fans and fans of  Soulful music in general.

It’s rare for a debut album, especially one in such a polarising genre like Reggae, to garner the kind of universal fanfare that their 2016 long player debut received. Mainly because it’s a record that transcends genre specific qualifiers and rhetoric that pigeonhole many albums. It is in the truest sense of the phrase, a great record. Shortly after its release, a single for ‘Dispute’ (a featured track) was pressed, and like many classic reggae singles, it included a Dub (version) on the B-Side (courtesy of famed reggae producer Victor “Ticklah” Axelrod). Recommended if you like the heptones, ken boothe, or the ethipoians. 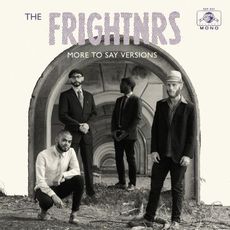