These two albums feature all seven of his chart smashes from 1969-70, plus three bonus tracks from early 1971 that have never before been reissued since their original, limited vinyl release.

The great Alabama soul man was at the peak of his popularity when he recorded and released the two albums featured in Kent’s latest project from the vaults of Fame records. 1969 and 1970 were good years for Clarence, providing some of the biggest R&B hits of his career and bringing him worldwide mainstream popularity with his version of ‘Patches’. if you love sam & dave, Wilson pickett, and percy sledge, this is an essential addition to your collection. 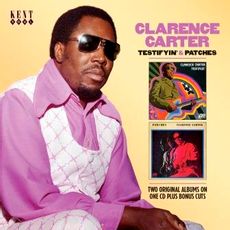