a deeply personal tribute to the legendary crooner who ignited his love of music, his beautiful renditions of some of cole’s most beloved songs are the perfect introduction for newcomers to porter.

backed by the breath-taking swells of the 70-piece london studio orchestra and exceptional jazz band talents, this . “It’s only natural that I go to the root of my inspiration and where I come from. And that root would be my mother and gospel music and Nat King Cole,” he says. Recorded at London’s AIR Studios, the 12-track album features some of Gregory’s favourite Nat King Cole tunes including ‘Smile’, ‘L-O-V-E’ and ‘Nature Boy’. There is also a Nat-inspired arrangement of Gregory’s own song ‘When Love Was King’, originally released on his million-selling hit album, ‘Liquid Spirit’. 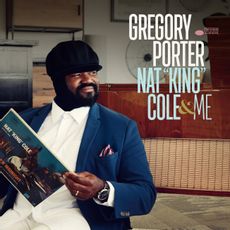