The final film in the Wolverine saga has a much darker, grittier tone than its predecessors & the score responds in kind with a darkly visceral, erratic energy that keeps you on your toes throughout. the Score comes from two times Academy Award nominee Marco Beltrami (‘The Hurt Locker’, ‘3:10 to Yuma’, ‘The Wolverine’, ‘World War Z’, ‘Underworld Evolution’). 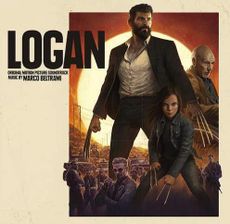