exploring a similar electronic palette to his 'the eraser' solo project but with warmer overtones, the radiohead frontman delivers a brand new album, originally released as a download only but now given a very fancily packaged vinyl release.

on this record born of silver darkness, yorke expands on his fixation with pre-EDM electronica - his affection for turn-of-the-millennium intelligent dance music is almost studious in its presentaion here - but there's a scuffed warmth to much of this album, with the warped waves of keyboards gently gliding into a rhythm later articulated by a loop. it feels deliberately understated & as such, it doesn't startle upon first listen but rather slowly unfolds. it's subtle & spacious, charming & controlled & slowly but surely, it also becomes compelling & engaging. For fans of four tet, bonobo, aphex twin’s ‘selected ambient works’, caribou, gold panda et al. "grim urban soul, an underworld of alienated falsetto, glum swells and egg carton-covered percussion. At times it’s sketchy and frail, at others decidedly defiant." - Clash, "demands deep listening, as Yorke's melancholic voice echoes through the hall of synth-mirrors he's built with producer Nigel Godrich" 4/5 - Rolling Stone. *** pressed onto heavyweight 180g white vinyl completed with undersize 75mm centre labels, housed within heavy white board inner and outer sleeves. *** 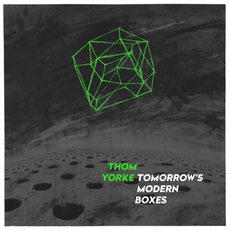