this expanded reissue includes Every track Shel and Lee recorded for ‘Forty’ for the first time, including the outtake ‘For Once in My Life’ and the previously unreleased backing track ‘Send Out Love’.

this was a different kind of Hazlewood album, one in which he just focused on being a performer. In 1969 on the eve of his 40th birthday, he enlisted Shel Talmy to produce an album and hand pick the songs. Shel picked some incredible songs for Lee to sing and even wrote him a song that should’ve been a hit, ‘Bye Babe’. Recorded at famed IBC recording studio with cream of the crop British session musicians and arrangers, no expense was spared. 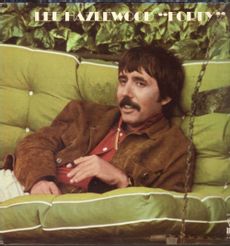