Songs To Fan the Flames of Discontent (2017 reissue)


The second full-length release from Refused, Songs to Fan the Flames of Discontent was released in 1996 to uniform praise as the group’s worldwide following grew in both numbers and intensity.

First single was Rather be dead, still seen as one of their true classics. After being licensed to various labels as Epitaph, We Bite and Victory Records the catalogue is now back again with it’s original label Startracks 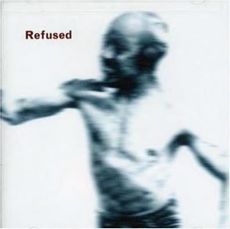