the British soul legend returns with a golden idea: combining his unique voice with some of the greatest jazz standards and swing classics ever written.

An artist who’s been at the top of his game throughout his 30-year career, Seal’s 10th studio album breathes life into iconic hits, paying tribute to legends including Frank Sinatra, Ella Fitzgerald and Nina Simone. Seal continues to shine as one of the world’s brightest music stars. this album is full of musical gems which glisten when brought to life through his stunning voice, and is reminiscent of Gregory porter’s stunning interpretation of nat king cole’s back catalogue. ***the deluxe version adds 3 tracks with a more Christmassy persuasion – the perfect soundtrack turkey-stuffing antics.*** 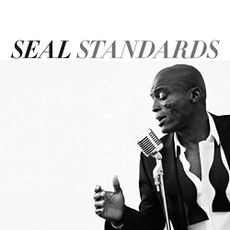