the leeds quartet develop their sound here, introducing a post-punk, guitar-leaning aspect to their slacker-rock identity.

Following up their well received debut single - ‘alternative facts’ – they set their sights on those despicable creeps; the people who exclusively live their lives in the comments section of online articles. Meanwhile on the flip-side 'Luxury Animals' is a call to arms to "sack off work and go lay down somewhere instead". The tracks were recorded with Matt Peel at The Nave and combine clever Television-esque interplay with the slacker-rock of their previous singles. 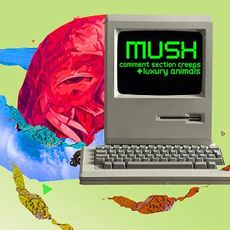