recorded in the 1970s up to the early 1980s, this was a time when forward-thinking German electronic & rock groups were searching for a new musical identity in order to separate themselves from both the cultural legacy of post-World War II Germany as well the ‘cultural imperialism’ of USA & UK rock. In this process, German groups created some of the most unique & inspired music; the defining motorik beat alongside a host of ethno-musical influences from far afield - including Turkey, India, Brazil - as well as the musical & futurist possibilities of developments in electronics & technology itself. 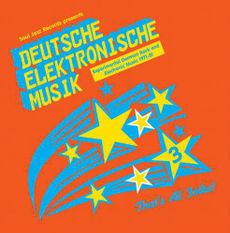