His most calming, beautiful and alluring project to date – drumless, abstract & meditative in its simplicity.

The 19 movements of Digital Rain are three dimensional beds of analogue warmth encompassed in raw electronic moisture. The result is an expansive pallet of soft colour amid canyons of jagged oscillations acting as raindrops. Known for his extensive collaborations with film makers David Lynch (who recently used his music in the Twin Peaks revival), Nicolas Winding Refn, and Ryan Gosling, his music has always been indebted to film. This project is no different; sounding like it could slot perfectly inside the classic Vangelis ‘blade runner’ score or the Cliff Martinez ‘Drive’ soundtrack. Imagine an alternate reality where stars of the lid composed bladerunner 2049 & you might then begin to understand why this album is such an enthralling ride start to finish. 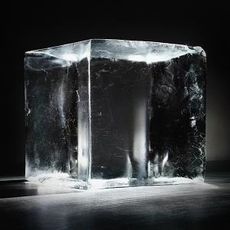