brion’s handling of the score colours the on-screen action with a seamless lightness of touch but, hearing it in isolation, its warmth, its vivid realisation of an emotional distress, is much more potent and moving.

brion has previously scored ‘Magnolia’, ‘Punch-Drunk Love’, ‘Eternal Sunshine Of The Spotless Mind’ and ‘I Heart Huckabees’. the composer has also produced records for Kanye West, Fiona Apple, Rufus Wainwright, Robyn Hitchcock, Sky Ferreira and is a well-known collaborator with Evan Dando and Elliot Smith. the film Is a semi-autobiographical coming-of-age tale is about a young, rebellious woman living in Sacramento and the constraints within a catholic high school, and fans should also hunt down our ‘paterson’ and ‘call me by your name’ soundtracks. 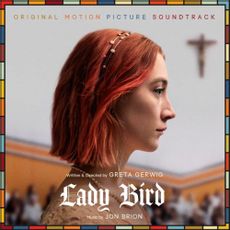