the deluxe version of their immaculate 2016 debut reinforces the depth of heart & warmth that courses through this euphoric record; durand’s timeless vocal style is too rich to appreciate fully in just one listen.

“With a tingling rasp that screams James Brown & coos Otis Redding, Jones simply has to be heard to be believed on these vintage R&B pleas.” – paste magazine. Of their debut, the band reflects, “Three years ago we spent every Sunday in our basement with a 4-track tape machine & a goal: record an album inspired by not only the ubiquitous titans of soul music but also the should-have-beens & the never-weres. With that modest target in mind, we released the record & booked one show marking the occasion.” “Modern soul that pulls with as much power as Lee Fields & Charles Bradley.” – Detroit metro times. 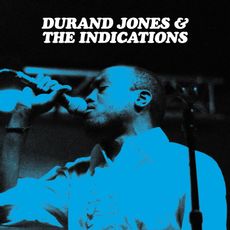